The 2017 Nobel Peace Prize awarded to the International Campaign to Abolish Nuclear Weapons (ICAN) has been put on display at Parliament House.

Legislative Council President Shaun Leane was joined by other Members of Parliament in welcoming Margie Beavis and Dimity Hawkins from ICAN to the unveiling of the display. 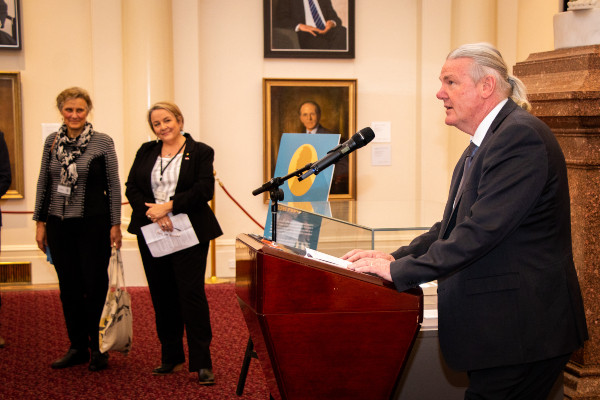 The Nobel Peace Prize was awarded to ICAN "for its work to draw attention to the catastrophic humanitarian consequences of any use of nuclear weapons and for its ground-breaking efforts to achieve a treaty-based prohibition of such weapons."

A community-led campaign, ICAN was launched at Victoria's Parliament House in Melbourne on 23 April 2007. From humble beginnings, it is now an international campaign coalition of 541 organisations in 103 countries.

“When we began ICAN here, we had ambition. We had hope. We had a plan, and we had a vision,” said Dimity Hawkins, a founding member of ICAN, at the unveiling of the display at Parliament House.

“Today, as we unveil the Nobel Peace Prize to be on display here in Victoria’s Parliament – in the city which was the first home of the International Campaign to Abolish Nuclear Weapons – that hope continues. The vision is getting closer. And it is a story much needed right now”, she said.

"So thank you to the Victorian Parliament for hosting this Nobel Peace Prize medal so that the people of this city where our story began can take pride, and reflect on the hope and the promise of a future free from nuclear weapons.”

Community members can view the Nobel peace Prize on a free public tour of Parliament House weekdays from 9:30 am to 4:00 pm until 18 December 2019. 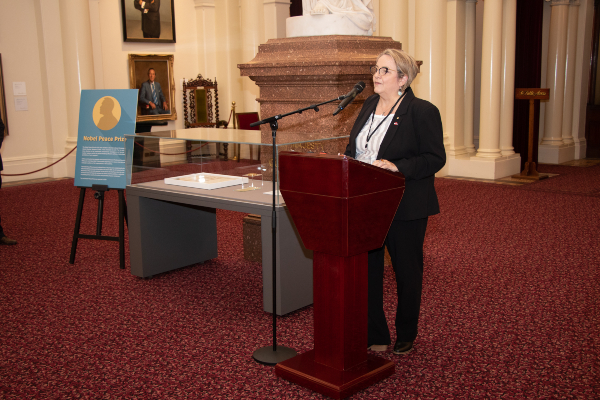 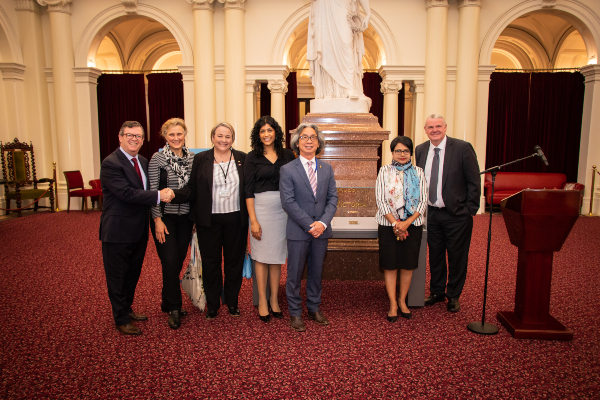