The catastrophic consequences for the world from any use of nuclear weapons were spelled out in detail at the 2018 Deakin Oration held at Parliament House.

Hosted by the Victorian Parliament’s Presiding Officers, this year’s oration was presented by Dr Tilman Ruff, an associate professor at the University of Melbourne and founding co-chair of the International Campaign to Abolish Nuclear Weapons (ICAN), which won the 2017 Nobel Peace Prize.

“We now know that even a relatively small-scale regional nuclear war would have severe global consequences,” Dr Ruff said.

Smoke from even a limited nuclear strike would block sunlight, and precipitously cool, darken and dry the climate worldwide, he noted.

“In the first five years, the colder, darker and drier conditions alone would see production of major grain crops drop by 15 to 40%. Over the second five years, reductions of 10 to 25% would persist. At higher latitudes, food production would essentially cease,” Dr Ruff said.

He expressed significant concern about the lack of progress in nuclear weapons disarmament on a global scale.

“Disarmament is stalled; for the first time in over 30 years, there are no nuclear disarmament negotiations underway or planned. Rather than disarming, as they are legally obligated to do, all nine nuclear-armed states are investing massively, over US$105 billion annually, not just in retaining nuclear weapons for the indefinite future, but in modernising their weapons to make them more accurate, more usable,” Dr Ruff said.

He spoke about the work that was undertaken at the United Nations to achieve the Treaty on the Prohibition of Nuclear Weapons, and expressed regret that it is the first weapons prohibition treaty repudiated by Australia.

“Banning and eliminating the worst of all weapons should be urgent humanitarian business, above party politics,” Dr Ruff said.

For the first time this year, the audience for the oration comprised senior secondary school students and teachers from across Melbourne, Ballarat and Geelong. 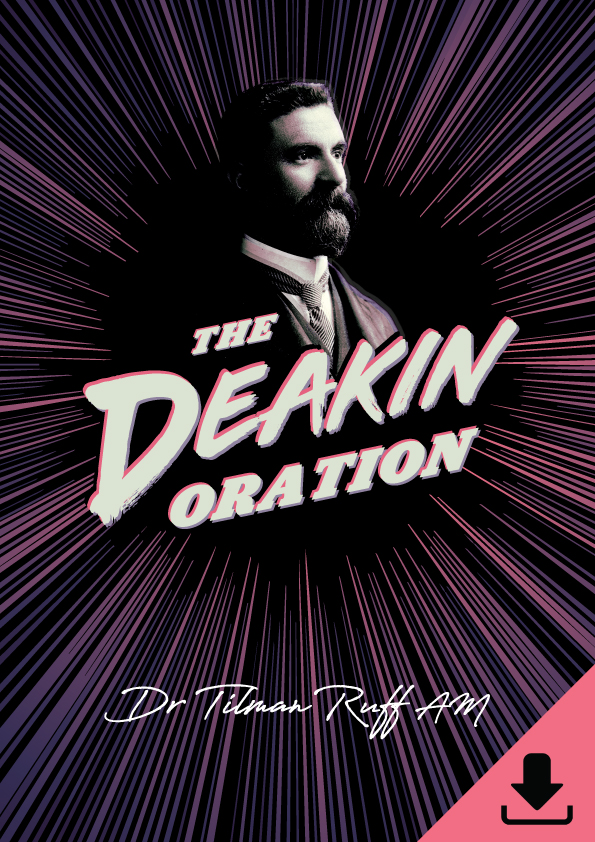 Introducing the oration, Legislative Council President Bruce Atkinson said it was important for young Victorians to be engaged with the issues that “our community and our society needs to think about, needs to talk about, needs to find solutions to”.

The oration was broadcast on Facebook Live, the first time the Victorian Parliament has used social media for such a broadcast. The recording can be viewed on the VicParliament Facebook page and the oration can be read via this link (right). 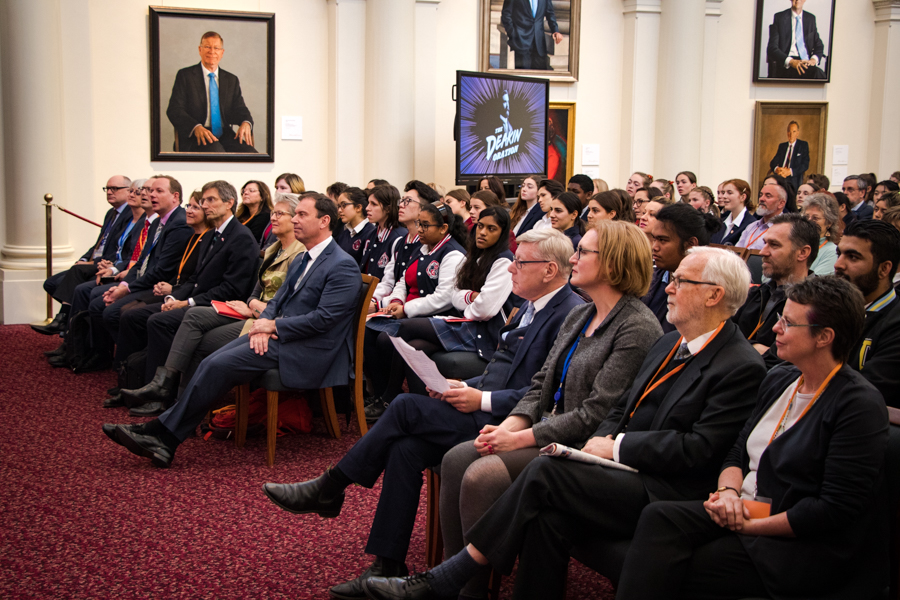 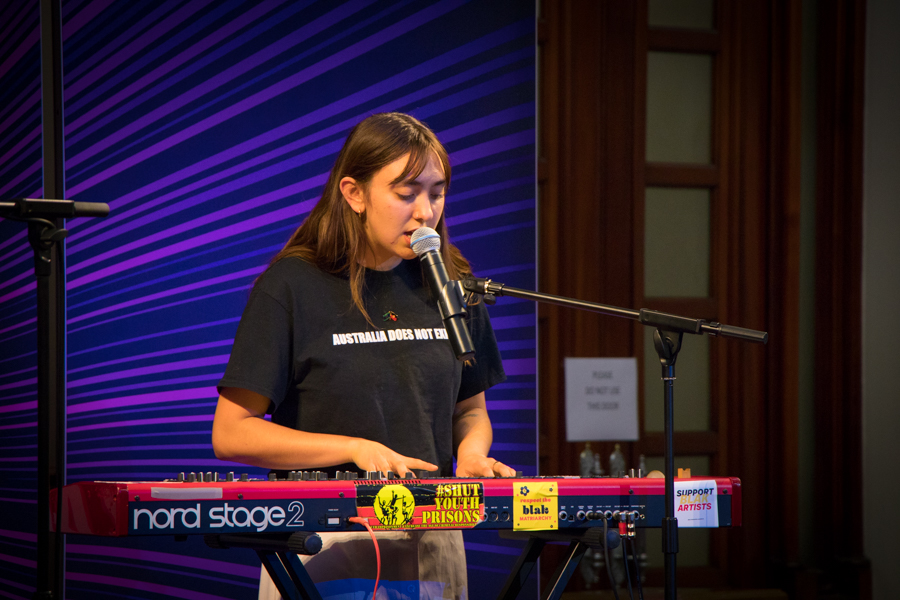 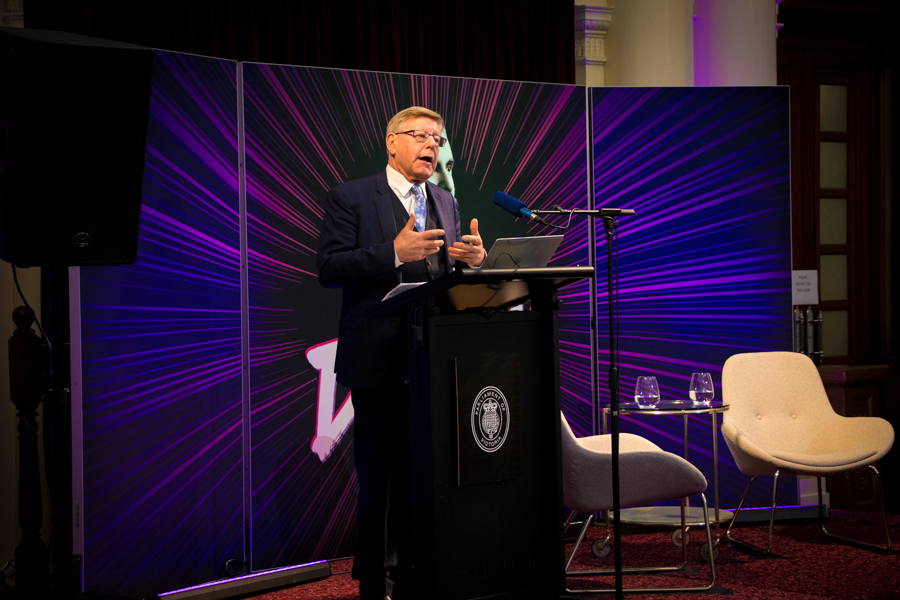 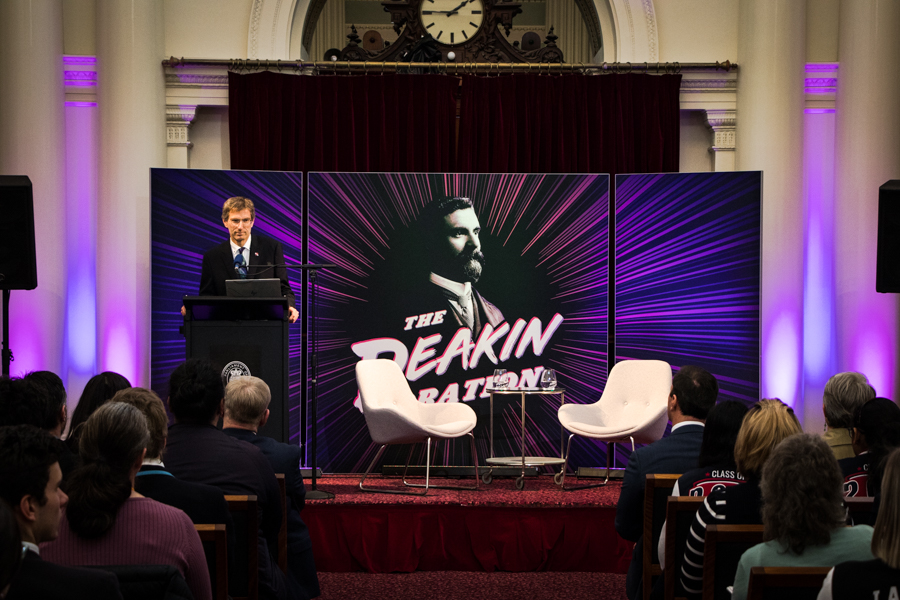 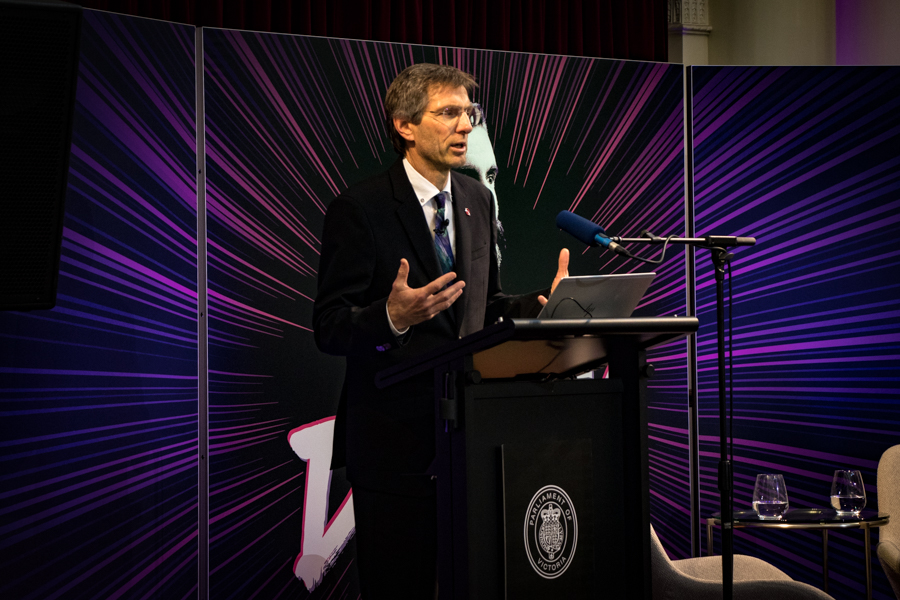 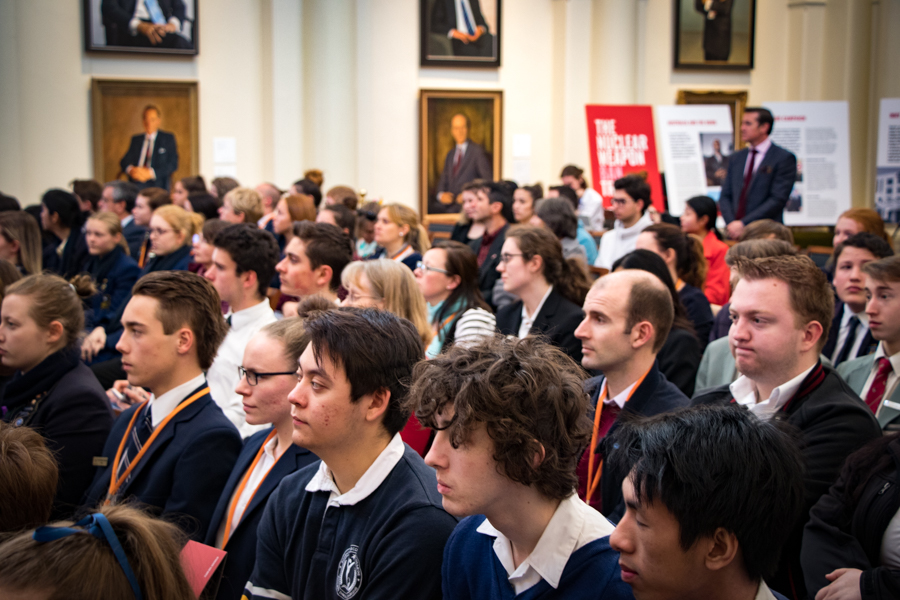 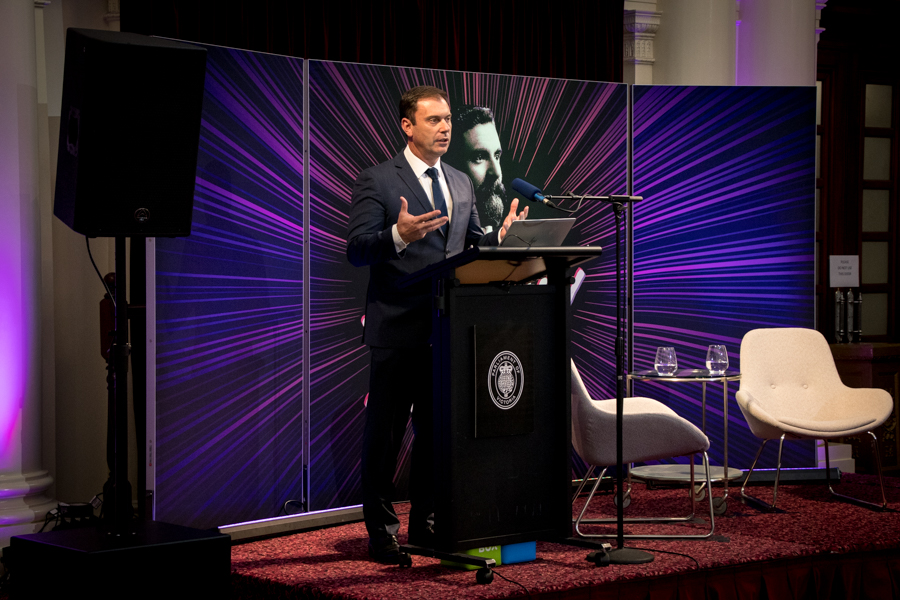 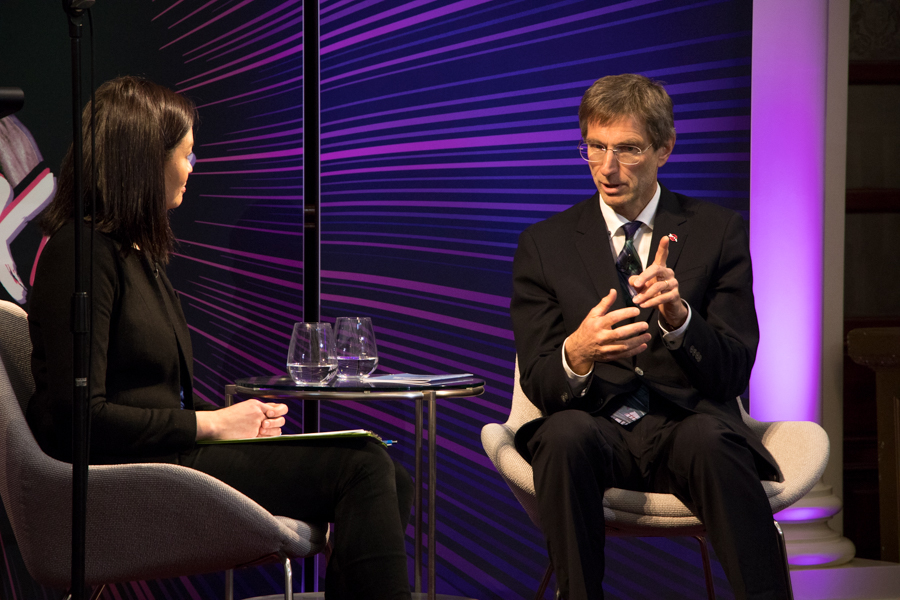