The historic Premiers Portraits collection at Parliament House has a new addition after the portrait of Victoria’s 47th Premier, the Hon Dr Denis Napthine, was unveiled.

Painted by accomplished artist Jude Rae, the portrait was unveiled by the President of the Legislative Council, the Hon Bruce Atkinson MLC at a ceremony held in Queen’s Hall.

Dr Napthine and his wife Peggy were special guests at the unveiling, along with the artist, members of the Napthine family and parliamentarians.

The portrait gallery for former Premiers of Victoria was initiated by the Hon Frederick Grimwade, President of the Legislative Council from 1979-1985.

He was Premier from March 2013 to December 2014, having earlier served in a number of ministerial roles.

The portrait’s artist Jude Rae has exhibited in Australia, New Zealand, Germany and the USA. After graduating in Fine Arts (History) at Sydney University, she taught at a variety of art schools, most recently at the National Art School (Sydney). In 2016 she was the recipient of the prestigious Bulgari Prize awarded in partnership with the Art Gallery of NSW. She was also an Archibald Prize finalist in 2014.

Visitors to Parliament House can view the collection of Premiers Portraits, including the new portrait, in Queen’s Hall.

More information on the Premiers Portraits is available from the collection’s webpage. 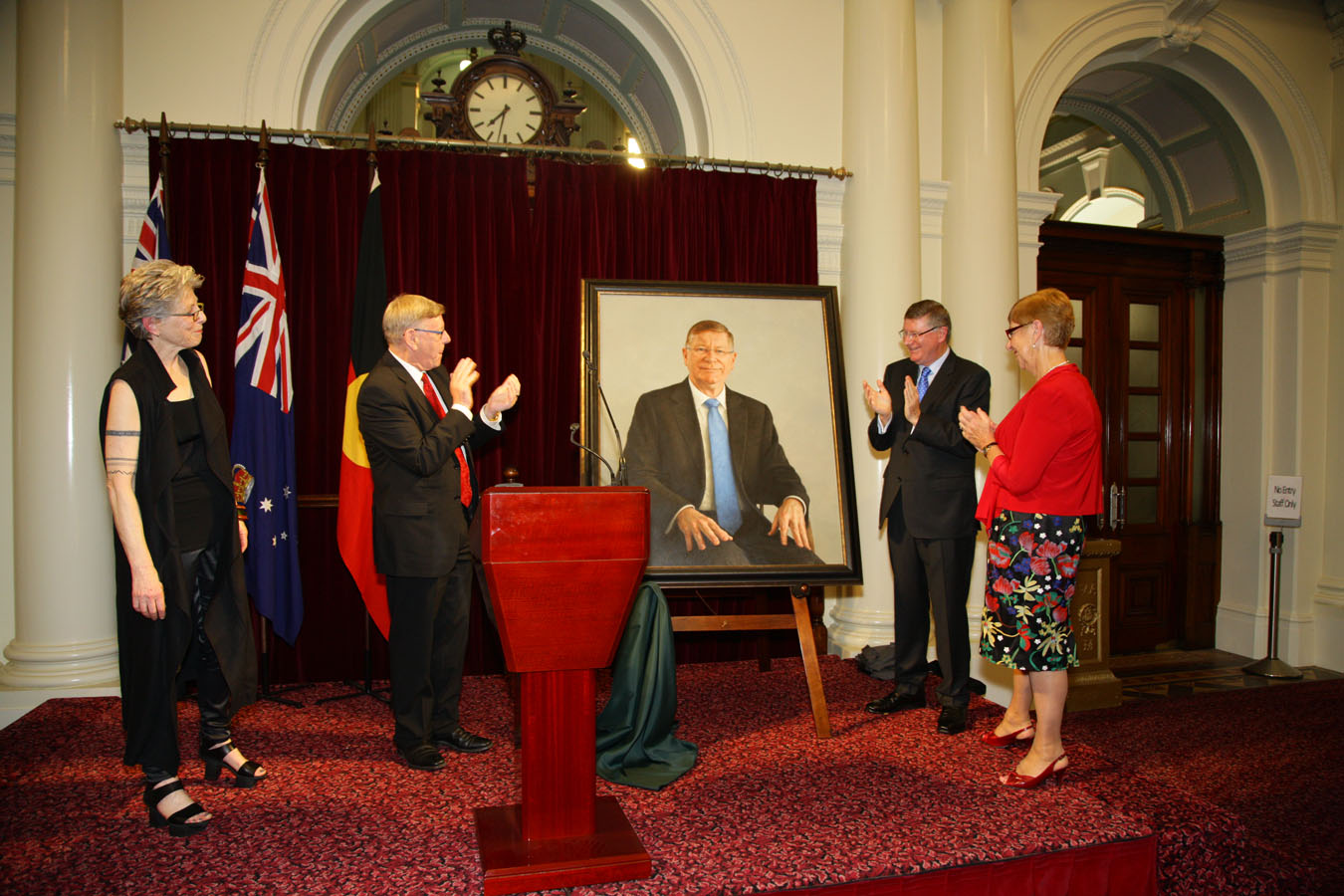