The new Speaker of the ACT Legislative Assembly, Joy Burch, was welcomed to Victoria’s Parliament today.

Accompanied by Clerk Tom Duncan, Ms Burch held discussions with our Presiding Officers and Clerks, who shared their experiences and insights on chairing parliament’s proceedings and managing the parliament building and administration.

Ms Burch previously served as a Minister in the ACT Government and was elected to the role of Speaker of the ACT Legislative Assembly following the October 2016 ACT elections.

She welcomed the opportunity to gain practical insights into the roles and responsibilities of a Presiding Officer from Victoria’s Legislative Assembly Speaker Telmo Languiller and Legislative Council President Bruce Atkinson.

Victoria and ACT also share common membership of the Commonwealth Parliamentary Association, with Mr Duncan serving as Australian Regional Secretary for the association. The visit provided an opportunity for discussions on some of the ongoing work of the association both in Australia and internationally. 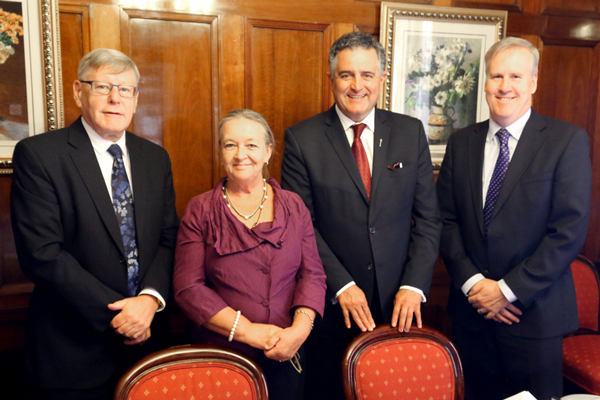