The Kirner Kosky Scholarship Fund will support scholarships for students from the west of Melbourne to study at Victoria University. 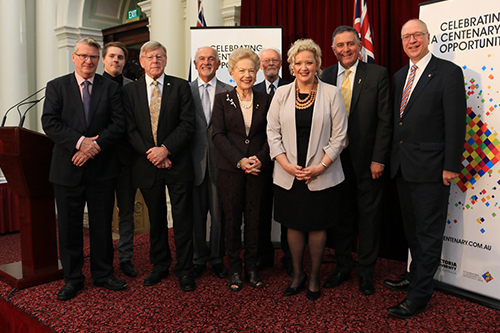 Speaker Telmo Languiller, who is an alumnus of Victoria University, hosted the launch in Queen’s Hall. He paid tribute to the legacy of Ms Kirner and Ms Kosky, both of whom have passed away.

“In many ways, Joan and Lynne symbolise the dynamic and pioneering spirit that has helped to shape this parliament and this state,” the Speaker said.

“Here in Victoria we have always moved with the times and, because of women like Joan and Lynne, our parliament and our state have been at the forefront of the reforms needed to improve the lives of people across our diverse communities.”

As Minister for Education, Joan Kirner was instrumental in delivering a number of education reforms to overcome inequities she saw in the education system. This included the introduction of the Victorian Certificate of Education (VCE), replacing the then Higher School Certificate (HSC). 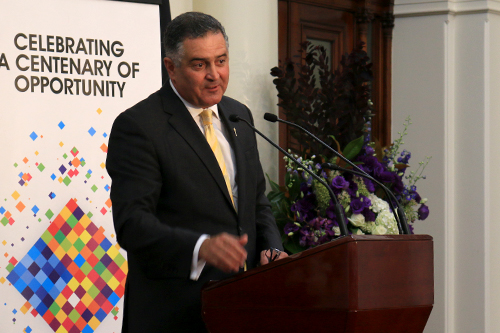 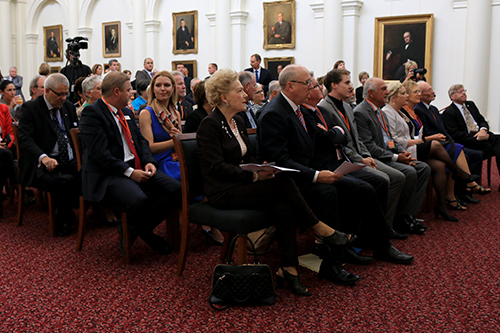 Dr Susan Alberti, Chair of the Victoria University Foundation, officially launched the scholarship fund, watched by family and friends of Ms Kirner and Ms Kosky, along with a number of current and former parliamentarians as well as various community members.

As part of the launch, the Presiding Officers presented a bound set of Ms Kirner's speeches from her time as Premier to her husband, Ron Kirner.