The Council that gave us secret ballot

The first meeting was held at St Patrick’s Hall, Melbourne. 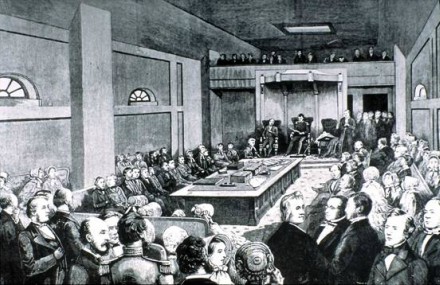 Meeting of the first Legislative Council

The Council then consisted of 30 members, with 20 elected and the remainder appointed by the Lieutenant-Governor.

It served the colony of Victoria for five years and is credited with making at least three significant and lasting contributions to Victoria’s parliamentary system.

For more information on the history of the Legislative Council, see our information sheet.