The Dean of the Diplomatic Corps in Australia has paid an official visit to Victoria's Parliament.

Pedro Villagra Delgado, who is the Ambassador of Argentina, was given a warm welcome by the Speaker of the Legislative Assembly Telmo Languiller, who was born in the Latin American nation of Uruguay. 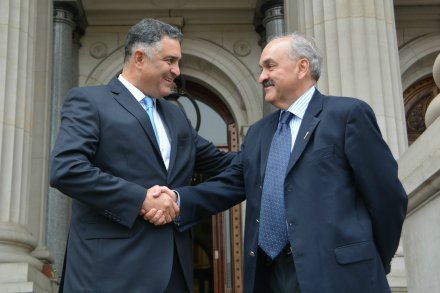 Warm welcome from Speaker Telmo Languiller for the Dean of the Diplomatic Corps and Ambassador of Argentina, Pedro Villagra Delgado

“It is my great pleasure to welcome to Parliament House in a very special way the Dean of the Diplomatic Corps and Ambassador of Argentina,” the Speaker said.

“Argentina was the country that provided me with refuge when I had to flee Uruguay following the coup there in June 1973,” Mr Languiller remarked.

“I will always be grateful for the safe haven offered to me by Argentina and for the friendship of the Argentine people.”

Mr Languiller said he would continue to assist in developing relations between Victoria and Latin America. 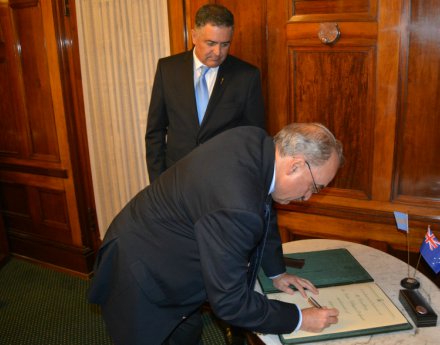 Signing of the visitors book at Parliament House

With a population of more than 500 million people in 20 countries, there are many opportunities that Victoria can tap into across Latin America, Mr Languiller said.

He welcomed the Ambassador’s visit as a sign of the interest Argentina and Latin American countries more broadly have in Victoria.

Mr Villagra Delgado said the election in an Australian parliament of a Speaker who was born in Latin America was a significant milestone.

“We in Argentina and across Latin America are delighted with this development and it is a great honour to have you as Speaker here in Victoria,” he told Mr Languiller. 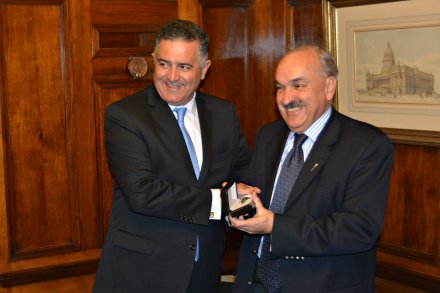 A gift of friendship between Victoria and Argentina