A Czech parliamentary delegation visiting Melbourne has encouraged deeper ties between Australia and the Czech Republic.

The delegation was welcomed to Victoria by the President of the Legislative Council Bruce Atkinson at a meeting held at Parliament House. 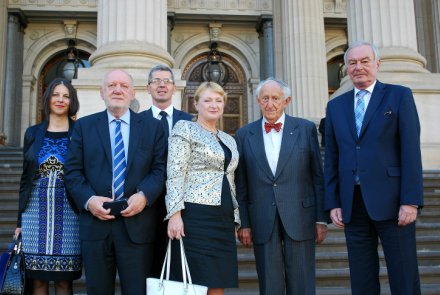 Led by the First Vice-President of the Czech Senate, Premysl Sobotka, the delegation emphasised the Czech Republic’s strategic position in Europe, noting that it provided a bridge between eastern and western Europe.

Mr Sobotka said Australians looking to invest in and do business with countries of eastern Europe could take advantage of the Czech Republic’s broad knowledge of and extensive links with its eastern European neighbours.

In response, Mr Atkinson suggested that Victoria and the Czech Republic should look at ways to boost academic and scientific exchanges and information sharing.

He noted that the Czech Republic is recognised for its heritage, the artistic and academic talent of its people and the quality of its manufacturing.

Mr Atkinson said that people who had migrated to Australia from the Czech Republic had used their talents to enrich Australian society, particularly in Victoria. 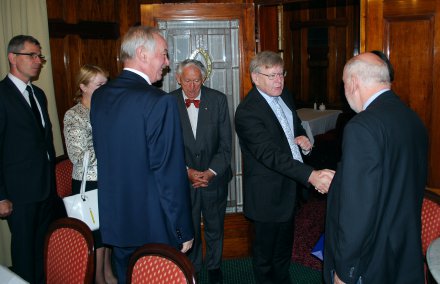 Mr Sobotka hoped that more Australian and Czech young people would take up opportunities to visit each other’s countries, with working holiday arrangements under negotiation.

The delegation’s visit to Australia included meetings with Czech community members in an effort to better understand some of the issues affecting Czech people living abroad. More than 30,000 people of Czech origin live in Australia.

Mr Sobotka thanked Australia for providing a safe and welcoming home for the many Czech people who left as refugees following the Second World War.

He also praised Australia for its efforts in the fight against terrorism, stating that terrorism posed the highest threat to the democratic principles and values that Australia and the Czech Republic share. 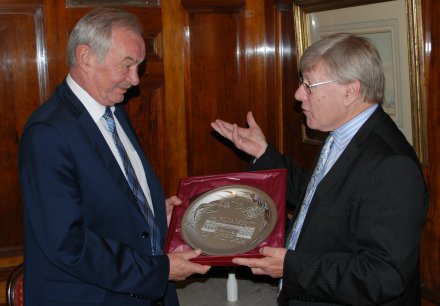 Exchange of gifts between Premysl Sobotka and Bruce Atkinson