The Federal Oak in the Parliament House gardens has turned 125 years old.

The tree was planted on 27 March 1890 by the 'Father of Federation', Sir Henry Parkes to commemorate the 1890 Australasian Federation Conference held at Parliament House in Melbourne. 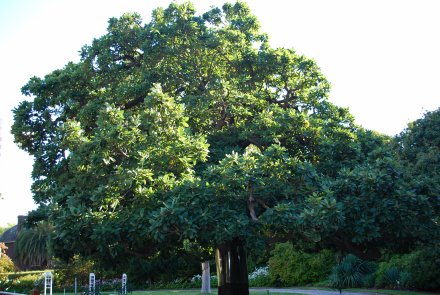 The conference was attended by politicians from Australia’s six colonies and New Zealand and was one of the major steps towards Australian Federation.

Sir Henry Parkes was Premier of New South Wales at the time of the conference.

A report on the tree planting stated the following: “Already,we understand, there is considerable speculation in sporting circles as to which will come to maturity first – and it takes a long time for an oak tree to mature – federation or the federal oak – with odds on the oak.”

More than a century later both the oak and the federation are standing strong.

To see the Federal Oak up close take a Parliament House gardens tour.