Induction sessions have been held at Parliament House for newly elected parliamentarians ahead of parliament's official opening on 23 December.

Watch our news video on the induction program.

The new members’ induction program is an important part of the transition from an electoral candidate to a member of parliament. The sessions enable new members, who come from a diverse range of backgrounds, to find out in detail about the mechanics of parliamentary life.

With 36 members newly elected to parliament at the 29 November election, there were many more people than usual participating in the induction program. 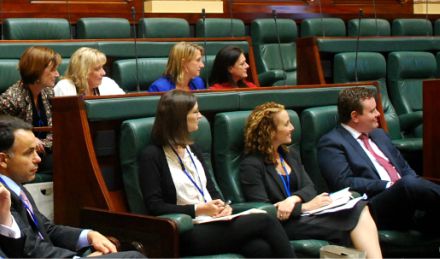 Subscribe to our free email alerts by emailing news@parliament.vic.gov.au