Tributes for service and sacrifice

In the lead up to ANZAC Day, the Victorian Parliament has paid tribute to the men and women who have served our country and made the ultimate sacrifice.

On the front steps of Parliament House, the 5000 Poppies project was displayed in a special tribute to Australian servicemen and servicewomen killed in war, conflicts and peacekeeping operations.

The 5000 Poppies project was developed for the ANZAC Centenary by artists Lynn Berry and Margaret Knight, who enlisted the help of others in the community to handcraft 5000 red poppies, a longstanding symbol of remembrance. 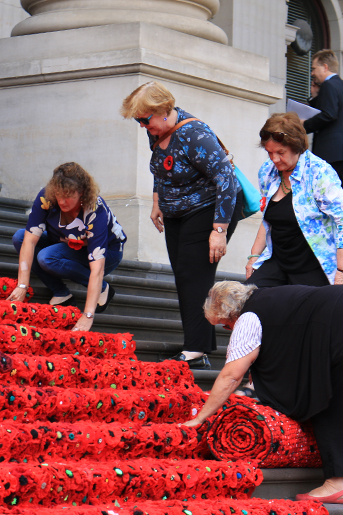 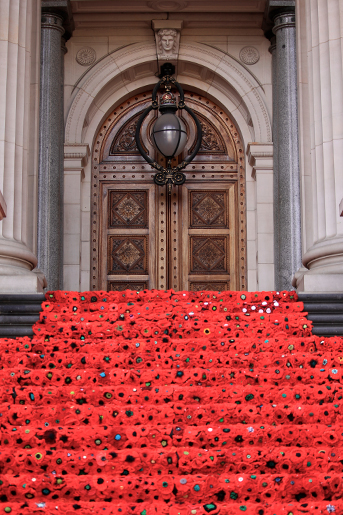 By ANZAC Day 2015 there were at least 250,000 poppies and they were laid across Federation Square.

For 2016, the 5000 Poppies project has been invited to the world famous Chelsea Flower Show, where Gold Medal winning landscape designer Phillip Johnson will help the poppies take their place before the eyes of the world.

Today’s display at Parliament House allowed members of parliament to farewell the project team as they embark on their journey to Chelsea. 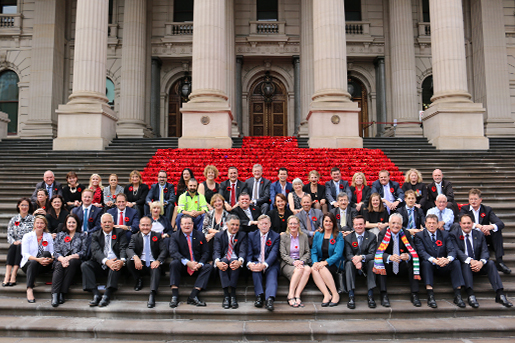 Earlier in the day, Vietnam War Veterans and members of the Vietnamese community were also honoured in Parliament, recognising that the 50th anniversary of the Battle of Long Tan is being commemorated this year.

It was the costliest battle for Australia during that conflict.

Click here to learn more about the 5000 Poppies project and their journey to the Chelsea Flower Show.