The Australian Competition and Consumer Commission has presented its views on the proposed Port of Melbourne lease at a parliamentary committee hearing.

In its submission to the inquiry, the ACCC highlighted issues concerning the compensation regime, price monitoring system and scope of services to be covered by the proposed lease. 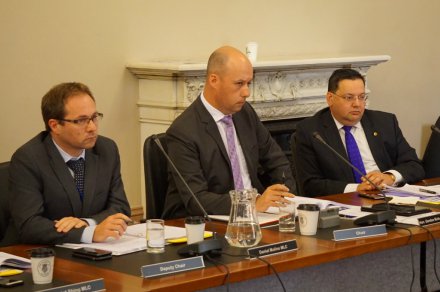 Members of the Port of Melbourne Select Committee asked ACCC Chair Rod Sims a range of questions about various aspects of the legislation for the proposed lease.

Also appearing at the hearing were representatives from the South East Melbourne Group of Councils and a range of industry groups, including the Australian Industry Group and the Victorian Employers Chamber of Commerce and Industry, as well as the Victorian Farmers Federation.

Earlier in the week, the Port of Melbourne Select Committee also held a public hearing in Shepparton, where it spoke with regional councils, companies and industry groups.