Million meals milestone for Parliament's kitchens
Our meals program with charities has provided a total of one million meals to people in need.

Inquiry into the Use of Cannabis in Victoria - Public Hearing

The Legislative Council Legal and Social Issues Committee will be conducting public hearings for its Inquiry into the use of cannabis in Victoria on Wednesday 28 April 2021 in Beechworth. A gallery will be open to the public, subject to COVID requirements. Read more

The Legislative Assembly Environment and Planning Committee is holding public hearings for its Inquiry into environmental infrastructure for growing populations on Tuesday 27 April 2021. The hearings will broadcast on our website. Read more

Inquiry into Victoria’s Criminal Justice System - Have your say 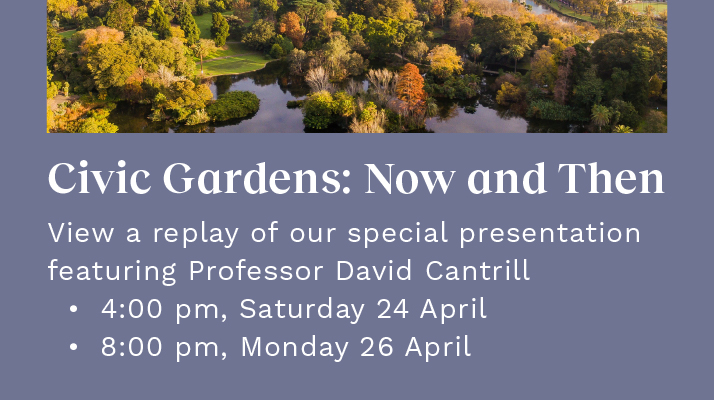 Monday 26th April
from 10:00am to 4:45pm
Tuesday 27th April
from 9:50am
PAEC - Inquiry into the Parliamentary Budget Officer
Go to Live Broadcast

Tuesday 27th April
PAEC - Inquiry into the Parliamentary Budget Officer
from 9:50am
Go to Live Broadcast

The Parliament of Victoria has commemorated the first anniversary of the tragic crash that killed four Victoria Police officers on Melbourne’s Eastern Freeway.

Cross-pollination in the gardens

Government House horticulturist Nick Rush has been working on secondment with our Parliament House gardens team for a fortnight.

A special sitting was held on 2 March to present the final report of the Royal Commission into Victoria's Mental Health System.

The work of our first ever photographer in residence, Eliza Hutchison, features on Parliament Steps from 18 February-7 March.

It was fun for all ages when Parliament Steps became a community canvas on Saturday, 6 February 2021.

The Legislative Council will hold a sitting in the town of Bright on Thursday, 29 April 2021.