Skip to content
You are here: Home > About Parliament > The Parliament Building
Listen

Parliament House is one of Melbourne's best known landmarks. Construction began in 1856 but the building is still incomplete.

Learn about the construction of the building and take a virtual tour. Alternatively visit Parliament House and see the beauty, history and halls of power for yourself.

Parliament House in the 21st Century

Major works are being undertaken to restore and renew Parliament House. We are protecting our heritage and providing a contemporary workplace in the 21st Century.

The temporary office annexe built in the Parliament House gardens in the 1970s has been replaced with a contemporary and permanent building that meets the requirements of a modern workplace. This new building provides offices for parliamentarians, enabling heritage areas inside Parliament House, previously converted to offices, to be restored for other activities such as meeting rooms, community programs and information services about parliament.

The contemporary structure has been designed to a 5 Star Green Star level and incorporates a range of measures to boost its sustainable attributes.

Located behind Parliament House, it has been designed to blend into the grounds with much of it constructed below grade. It features a rooftop garden and a 1,250-square-metre courtyard to assimilate the building into its garden surroundings. The landscaping in the rooftop garden features native Australian plants and some areas of lawn. 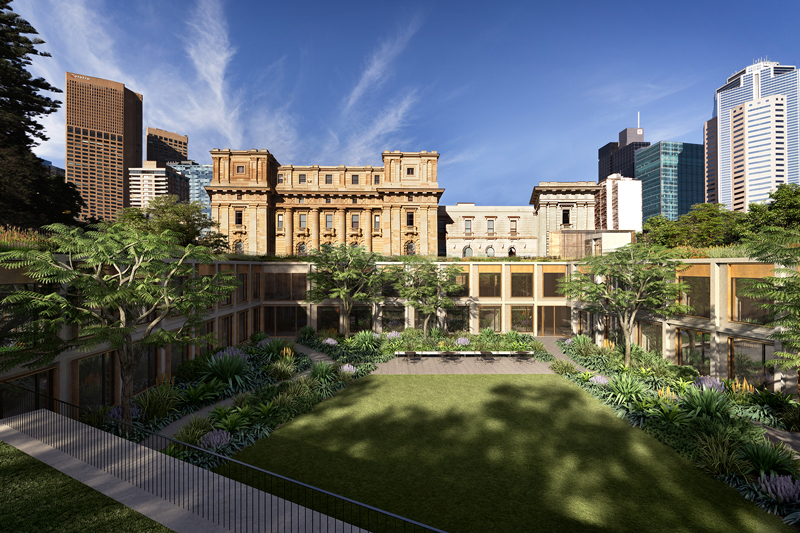 Over the past decade one of Victoria’s most significant heritage restoration projects has been under way at Parliament House and continues today. Restoration of the stonework is being undertaken in stages.

Watch our video featuring one of the stonemasons working on this project.

To protect our precious heritage, regular maintenance works are undertaken throughout Parliament House.

One project involved replacement of winches and cables that hold the Legislative Assembly chandeliers in place.

To find out more about the restoration work at Parliament House, see our feature story ‘Majestic Makeover’.

A number of the works at Parliament House are helping to ensure that our building, which dates from the 19th Century, meets contemporary standards on issues such as disability access and occupational health and safety. Department of Parliamentary Services Secretary, Peter Lochert explains in the video clip below.