In an extraordinary effort to gain the right to vote for all Victorian women, a handful of dedicated women took to the streets in 1891 to collect signatures for a petition to present to the Parliament of Victoria. The result was an impressive collection of close to 30,000 signatures from women from all walks of life.

Tabled in Parliament in September 1891, with the support of then Premier James Munro, the petition sought that ‘Women should Vote on Equal terms with Men'. 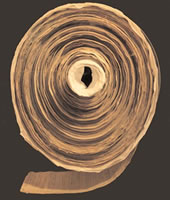 Now one of the State's archival treasures, the Women's Suffrage Petition (1891) reflects the dedicated work of those women, who went from door to door across Victoria to collect the signatures. Its tremendous length earned it the name of the ‘Monster Petition'.

The original petition is approximately 260 metres long and 200mm wide and is made of paper pasted to cotton or linen fabric backing, rolled onto a cardboard spindle which rests on a Perspex stand. It takes three people three hours to unroll the petition from one spool to another – a slow and careful process. The approximate 30,000 signatures vary in quality and colour inks, even pencil.

Several interesting signatures adorn the top of the petition, including:

Margaret McLean (as Mrs William McLean), head of the Woman's Christian Temperance Union and campaigner for women's rights and the vote

Jane Munro (as Mrs James Munro), wife of the Premier who presented the petition to Parliament

Margaret Higinbotham, wife of George Higinbotham who was a controversial politician and lawyer

Bessie Lee, a working-class woman who became famous as a temperance campaigner and author.

The petition also played an important role in Federation, because in 1901 Australia became the first nation in the world to give women both the right to vote and the right to stand for Parliament.

It is now possible for anyone to search the database to find out whether their female ancestors were one of the great women who signed the petition and made a significant contribution to women's rights today. 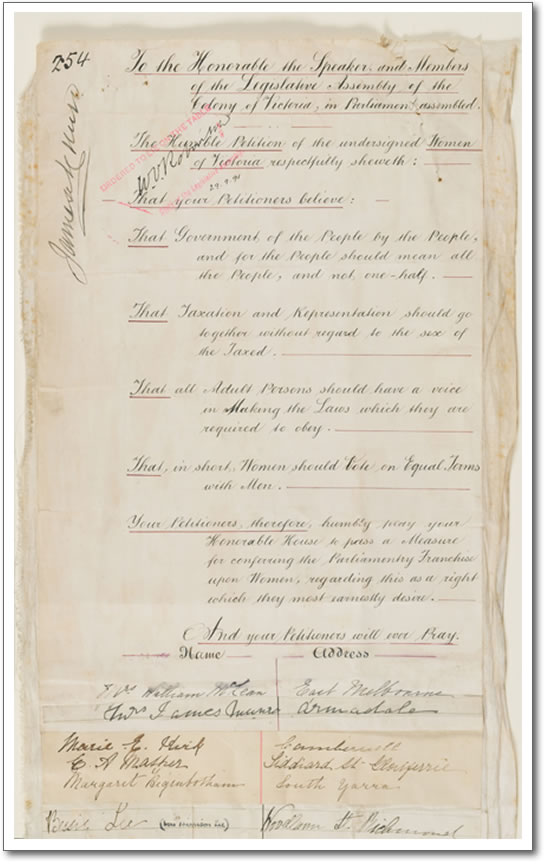 Judy Maddigan MP, Past Speaker of the Legislative Assembly

Monica Gould MLC, Past President of the Legislative Council