Skip to content
You are here: Home > About Parliament > articles

A gallery of the 19 Premiers portraits held by the Parliament of Victoria is now available, including historical information about the collection, Premiers and artists. 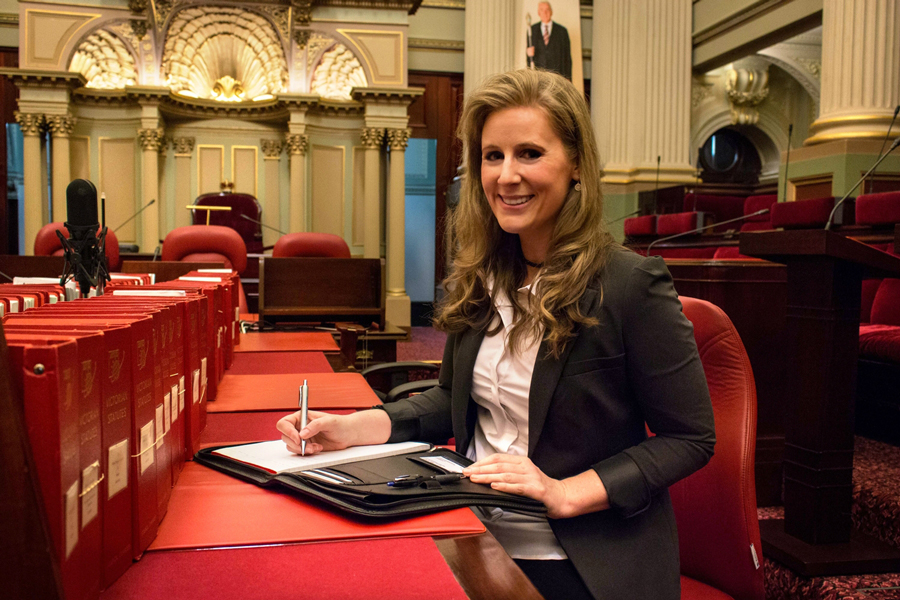 Working as part of the Hansard team, my role is to accurately reproduce speeches made by members of Parliament using voice assisted transcription technology and editing them for clarity.

We aim to release a transcript of the day’s proceedings within four hours of the Parliament adjourning, so reporters have to work quickly, without compromising on accuracy, which can be challenging. Along with high-level grammar and research skills, I find that a broad general knowledge and an interest in politics and current events are particularly helpful in this task.

While the Parliament of Victoria is an historic institution, I like that it embraces new ideas and technology — for example, streaming parliamentary debates live online — making it a place of tradition but also innovation.

I enjoy the regular travel within Victoria to cover parliamentary committee inquiry hearings, which allows me to learn about a wide variety of subjects, from the building of new freeways to environmental preservation, puppy farms and end-of-life choices.

Working in the beautiful and historic Parliament House means it’s always a pleasure to come to work, and witnessing the passing of legislation is a part of my role that I find particularly rewarding, especially when it stands to affect many people’s lives.

But it’s the people who really make Parliament such a great place to work. Staff turnover is low, so people from different departments develop relationships over years, coming to know and value each other’s strengths.

We are currently seeking applications for Sessional Reporters to join our Hansard team.
For more information and to submit your application, click here.
Applications close 30 January 2017.